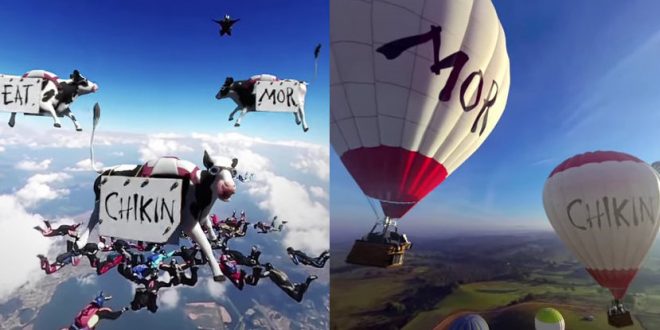 Grace Slick: I Took Chick-Fil-A’s Ad Money For My Song Just So I Could Donate It All To Lambda Legal [VIDEO]

Leave it to Grace Slick to make an activist statement by saying “yes” to use of Starship’s “Nothing’s Gonna Stop Us Now” in an ad for fast food chain Chick-fil-A. The co-founder of Starship’s predecessor, 1960s psychedelic group Jefferson Airplane, Slick has penned an op-ed explaining her decision to authorize a license of the 1987 hit to a company known for supporting organizations that are anti-gay marriage. The commercial first aired during the Grammy Awards on Feb. 12.

“That was my voice you heard,” writes Slick in Forbes. “I am donating every dime that I make from that ad to Lambda Legal, the largest national legal organization working to advance the civil rights of LGBTQ people, and everyone living with HIV. Instead of them replacing my song with someone else’s and losing this opportunity to strike back at anti-LGBTQ forces, I decided to spend the cash in direct opposition to Chick-fil-A’s causes – and to make a public example of them, too. We’re going to take some of their money, and pay it back.”