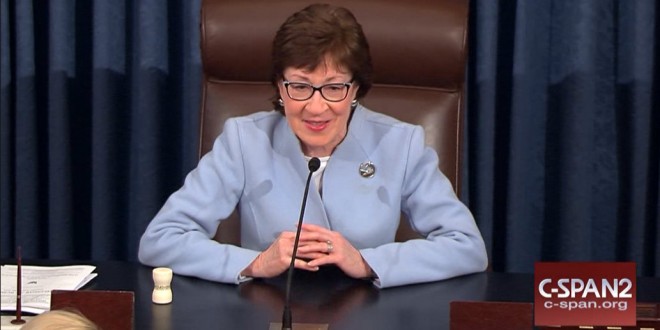 Sen. Susan Collins today became the first GOP member of the Senate to publicly announce that she will vote against billionaire Education Secretary nominee and anti-LGBT activist Betsy DeVos. It appears that GOP Sen. Lisa Murkowski may follow suit shortly. The vote will surely be very close and it’s possible that DeVos will be the only Trump cabinet nominee to be rejected. Cross your fingers.

UPDATE: Murkowski has confirmed she will vote against DeVos. If no other Republicans break ranks, the vote would be 50-50 with Mike Pence potentially providing the tie-breaking vote.

Previous REPORT: Melania May Never Move To White House
Next Felon Grifter Jim Bakker: I Helped Trump Get Elected By Binding Demons Into Hell With My Prayers [VIDEO]