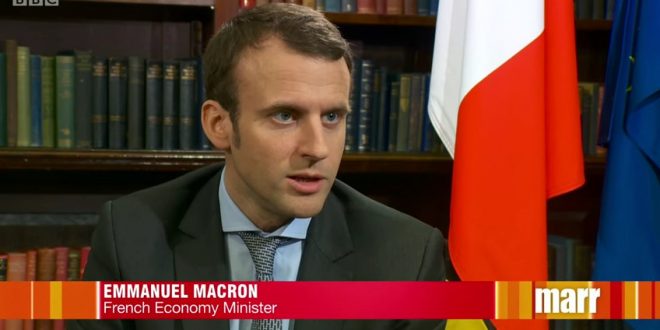 Emmanuel Macron is calling for the European Union to stand firm against Russia as his French election campaign is targeted by computer hackers. The front-runner to be France’s next president wants to maintain dialogue with Russia but insists the EU must take a hard line on any potential interference in European elections, a campaign official said last week, asking not to be named because it’s not his role to speak publicly.

Macron’s campaign chief Richard Ferrand on Monday blamed the Russian government for perpetrating cyber attacks on his team’s computer networks in an interview on France 2 Television. The candidate suffered another attack Tuesday, leaving his website down for 9 minutes, according to Agence France-Presse. Macron takes a tougher stance on Russia than his main election rivals and has seen his campaign hit by multiple cyber attacks in recent weeks. He has called on the French government to take action.

“These attacks are coming from the Russian border,” Ferrand said. “We want a strong Europe. That’s why we’re subject to attacks on our information system from the Russian state.” Kremlin spokesman Dmitry Peskov denied that Russia had any involvement in hacking the campaign in a conference call on Tuesday. He said there is no possibility that the Russian government had any connection to the attacks and that the accusations were “absurd.”