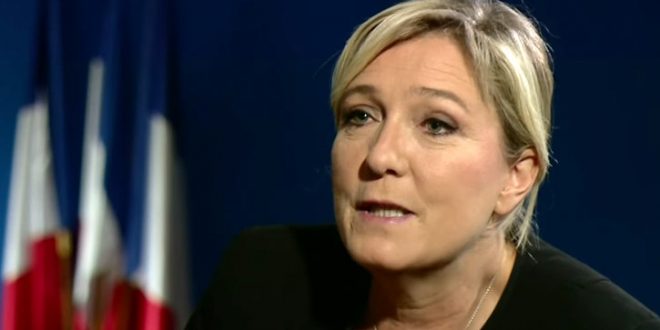 In a France ruled by the far-right Marine Le Pen, Jewish citizens will be forced to give up their Israeli citizenship, the Front National party leader said on Thursday. Le Pen, a leading contender in the upcoming French presidential contest, told France 2 TV that if elected, she will not allow French citizens to hold on to any citizenship in a non-European country. When asked specifically about Israel and Jews, who form a large community in France, the Front National party leader responded: “Israel isn’t a member of the European Union, and doesn’t consider itself as such,” and therefore a dual French-Israeli citizenship will not be allowed.

Le Pen said that the ban will also apply to citizens of the U.S. and North African countries, but that dual citizens of the EU and of Russia, which she said is part of she termed the “Europe of nations,” will be exempted. A recent poll showed Le Pen advancing to the second round of balloting in May but still losing handily to front-runner Emmanuel Marcon. Her political party, the National Front, was founded by her father, Jean-Marie Le Pen, who routinely minimized the Holocaust. The younger Le Pen has sought to move the party past her father’s controversies, but French Jewish leaders still consider the National Front anti-Semitic.