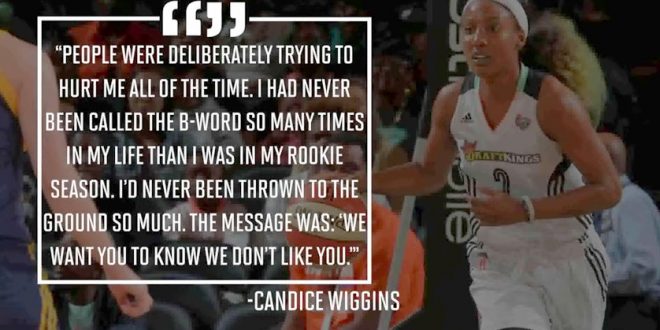 Former WNBA Player: The League Is 98% Lesbian And I Left Because Of Their Anti-Straight Bullying [VIDEO]

Candice Wiggins had what many would consider a dream career in the WNBA. She was the No. 3 overall draft pick out of Stanford in 2008. She was named the league’s Sixth Woman of the Year as a rookie. She won a championship with the Minnesota Lynx. The success, Wiggins says now, hid a darker reality.

Wiggins, a four-time All-American at Stanford, asserts she was targeted for harassment from the time she was drafted by Minnesota because she is heterosexual and a nationally popular figure, of whom many other players were jealous.

“Me being heterosexual and straight, and being vocal in my identity as a straight woman was huge,” Wiggins said. “I would say 98 percent of the women in the WNBA are gay women. It was a conformist type of place. There was a whole different set of rules they (the other players) could apply.

“Being vocal in my identity” is rather a giveaway, don’t you think?