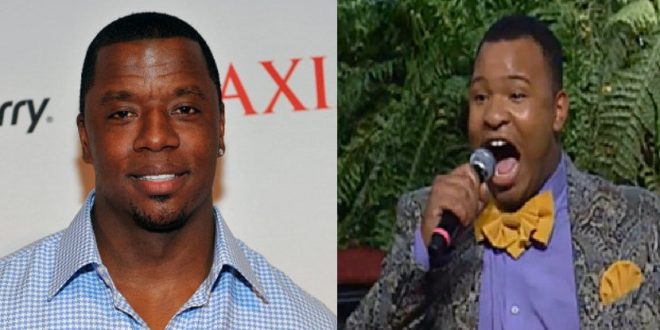 Former NFL Quarterback Sues “I’m Not Gay No More” Viral Star For $4.5M Over Claims They Had An Affair

Ex-NFL quarterback Kordell Stewart is suing the male viral video star who claimed they had a sexual relationship for $4.5 million, DailyMail.com can reveal. The man in question, Andrew Caldwell, became famous for another video, in which he screamed in church: ‘I’m not gay no more’.

In October 2015, Caldwell went on a radio show and claimed he had ‘hooked up with Stewart in the past’ – while Stewart was married to Real Housewives of Atlanta star Porsha Williams. Speaking on TheShakeUp Show, Caldwell claimed he’d dated Stewart and that the former pro football player had bought him expensive gifts.

Stewart won an initial default judgement against Caldwell in November 2016 when Caldwell failed to respond to the suit.

Meanwhile Caldwell is attacking homophobic gospel singer Kim Burrell, claiming her husband left her for another man. Caldwell claims to be suing Burrell for calling him out in her now infamous sermon which cost her an appearance on the Ellen DeGeneres show.