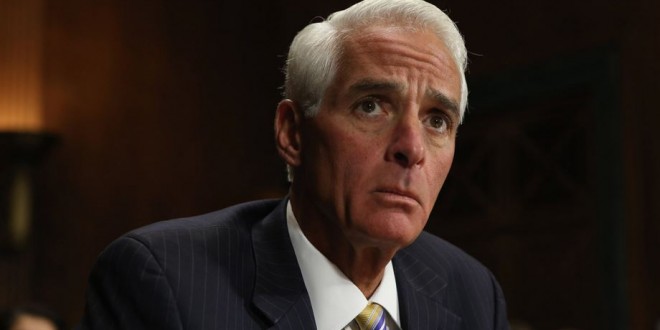 After nine years of marriage, U.S. Rep. Charlie Crist has filed for divorce. “I think the world of Carole. She’s an amazing person. It just didn’t work out for us,” the former governor told the Tampa Bay Times. “I wish all the best for her.”

Crist, 60, said the divorce should have no impact on his service. He and Carole, 47, own a Parkshore condo in downtown St. Petersburg, and details about whether he will continue to live there have yet to be worked out.

Crist met Carole, a glamorous fixture on the New York and Hamptons social circuit, in the fall of 2007, and they became engaged in July 2008 when he was a Republican governor widely seen as a top contender to be John McCain’s running mate.

As it came only days before the 2008 GOP convention when McCain would have to name his running mate, many saw Crist’s abrupt engagement announcement as an effort to squash the gay rumors that have dogged him for many years. His soon-to-be ex-wife is the heiress to the nation’s largest seller of Halloween costumes. While governor of Florida, Crist repeatedly backed a federal ban on same-sex marriage. He finally reversed on that position in May 2013.