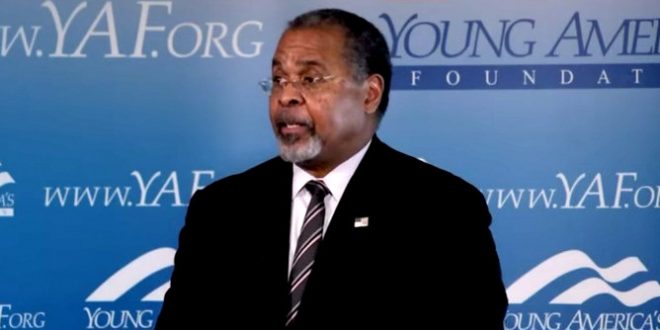 Family Research Council: Trump’s Anti-LGBT Executive Order Is Definitely Coming And We Wrote It Ourselves

Former Ohio Secretary of State Ken Blackwell, who has served as domestic policy chair of President Donald Trump’s transition team, told me in an interview on SiriusXM Progress that the controversial “religious freedom” order that leaked to the press a few weeks ago is very much on the way, even though White House officials had played it down.

Blackwell, a senior fellow at the Family Research Council (deemed an anti-LGBTQ hate group by the Southern Policy Law Center), said in our interview at the Conservative Political Action Conference (CPAC) over the weekend that the order is far from dead. He also confirmed that the former director of Family Research Council’s Center for Religious Liberty, Ken Klukowski, had “actually structured” the draft order as a legal advisor to Trump’s transition team.

Klukowski, who is now a senior attorney at the Liberty First Institute and a Breitbart contributor, is one of the lawyers “in the process of redrafting it,” Blackwell said, hinting that the original order may have been perceived as being too vulnerable to a legal challenge.

Previous Bush Hits Trump On The Media: They’re Not The Enemy, They Are Indispensable To Democracy [VIDEO]
Next New British Dating Show: Game Of Clones