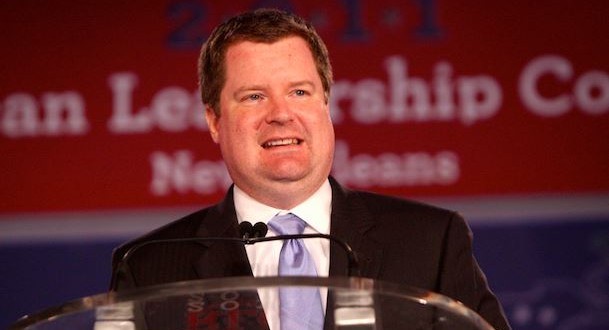 Erick Erickson has the super sadz. He writes at The Insurgent:

President Obama, with the support of the anti-Christian left, signed an executive order that prohibits discrimination by any federal contractor, without exception, against the gay community. It sounds both good and noble. The problem is those religious organizations adhering to their faith cannot now compete on a level playing field. President Obama and now President Trump are precluding organizations that excel at feeding the hungry, taking care of the downtrodden, and rebuilding lives from helping others through the federal system.

Christian and Muslim organizations are not suddenly going to abandon their multi-thousand year old sexual ethic and views on marriage to get federal contracts. They are not going to buy into politically correct lies about human sexuality when it would mean running afoul of their faith. The result is that the religious cannot compete. This executive order treats the faithful adherents of major religions as second-class citizens when it comes to competing for government contracts. The government should not force people to abandon their faith to compete for government contracts, especially for needs-based programs that help the poor.

President Trump promised to repeal that executive order because he recognized that it amounted to discrimination against the religious by forcing them to buy into secular lies about human sexuality and it hurts the poor by advancing a politically correct agenda at the expense of helping the poor and needy. Violating that promise suggests President Trump is comfortable resting on a Supreme Court pick for affirmation while still operating under the assumption that Christians can be treated as second class citizens by the government.