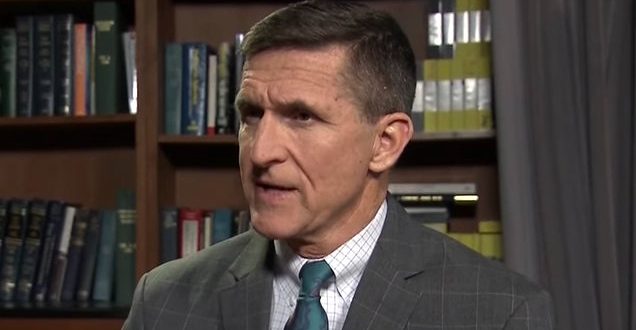 Congressional Democrats on Friday called for an investigation into whether White House National Security Adviser Michael Flynn discussed U.S. sanctions in phone calls with Russia’s ambassador while President Barack Obama was still in office, conversations that may have broken U.S. law aimed at barring private citizens from conducting diplomacy.

The White House said President Donald Trump had “full confidence” in Flynn, a show of support coming as the administration scrambled to manage the fallout from reports that Flynn addressed U.S. sanctions against Russia in a phone call late last year. The report contradicted both Flynn’s previous denials, as well as those made by Vice President Mike Pence in a televised interview.

Democratic Sens. Ed Markey of Massachusetts and Chris Murphy of Connecticut called for an investigation of Flynn. Other Democrats demanded that Trump fire the retired U.S. Army lieutenant general. “He lied — repeatedly and egregiously — about his actions,” Reps. Ruben Gallego of Arizona and Ted Lieu of California said.

On Wednesday, national security adviser Michael Flynn told The Washington Post that he and Russian Ambassador Sergey Kislyak had never discussed the sanctions put in place by the Obama administration in a series of communications in December 2016.

On Thursday, Flynn told The Post — through a spokesman! — that, well, who could say what he and Kislyak talked about. Flynn “indicated that while he had no recollection of discussing sanctions, he couldn’t be certain that the topic never came up,” the spokesman said.

That’s, um, bad. It strains credulity that on Wednesday, Flynn could issue a flat denial about conversations he had with Kislyak, but on Thursday, suddenly his memory of those conversations changed.

It also runs counter to the version of events that Flynn as well as then-Vice President-elect MIke Pence and several other senior Trump officials put out in the wake of the revelations that Flynn and Kisylak had been in contact, even as an investigation by the Obama administration was concluding that Russian hackers had interfered with the U.S. election process for the express purpose of hurting Hillary Clinton and helping Trump.

The arrows continue to point in just one direction ➡️#RussianHacking helped @POTUS win & @potus' team may have broke law to return the favor https://t.co/sBS5IyBkjw

Previous REPORT: Russia Is Considering Turning Over Edward Snowden To US Authorities As A “Gift” To Trump
Next GOP Rep. Jason Chaffetz: Those People Who Booed Me Offstage Were Paid Protesters From Other States