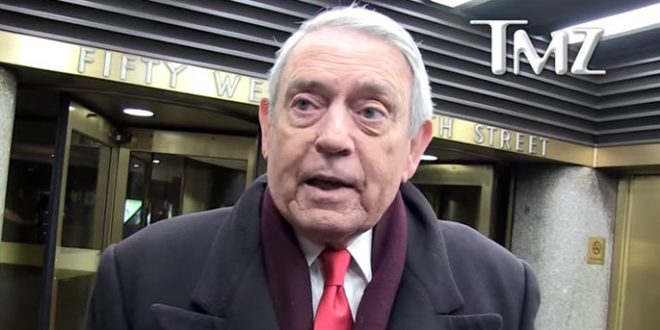 Dan Rather: #Flynnghazi Might Even Be Worse Than Watergate, Hollywood Would Reject It As Far-Fetched

Dan Rather has gone viral with another Facebook rant. He writes:

Watergate is the biggest political scandal of my lifetime, until maybe now. It was the closest we came to a debilitating Constitutional crisis, until maybe now. On a 10 scale of armageddon for our form of government, I would put Watergate at a 9. This Russia scandal is currently somewhere around a 5 or 6, in my opinion, but it is cascading in intensity seemingly by the hour. And we may look back and see, in the end, that it is at least as big as Watergate. It may become the measure by which all future scandals are judged. It has all the necessary ingredients, and that is chilling.

When we look back at Watergate, we remember the end of the Nixon Presidency. It came with an avalanche, but for most of the time my fellow reporters and I were chasing down the story as it rumbled along with a low-grade intensity. We never were quite sure how much we would find out about what really happened. In the end, the truth emerged into the light, and President Nixon descended into infamy.

This Russia story started out with an avalanche and where we go from here no one really knows. Each piece of news demands new questions. We are still less than a month into the Trump Presidency, and many are asking that question made famous by Tennessee Senator Howard Baker those many years ago: “What did the President know, and when did he know it?” New reporting suggests that Mr. Trump knew for weeks. We can all remember the General Michael Flynn’s speech from the Republican National Convention – “Lock her up!” in regards to Hillary Clinton. If Hillary Clinton had done one tenth of what Mr. Flynn had done, she likely would be in jail. And it isn’t just Mr. Flynn, how far does this go?

The White House has no credibility on this issue. Their spigot of lies – can’t we finally all agree to call them lies – long ago lost them any semblance of credibility. I would also extend that to the Republican Congress, who has excused away the Trump Administration’s assertions for far too long.

We need an independent investigation. Damn the lies, full throttle forward on the truth. If a scriptwriter had approached Hollywood with what we are witnessing, he or she would probably have been told it was way too far-fetched for even a summer blockbuster. But this is not fiction. It is real and it is serious. Deadly serious. We deserve answers and those who are complicit in this scandal need to feel the full force of justice.