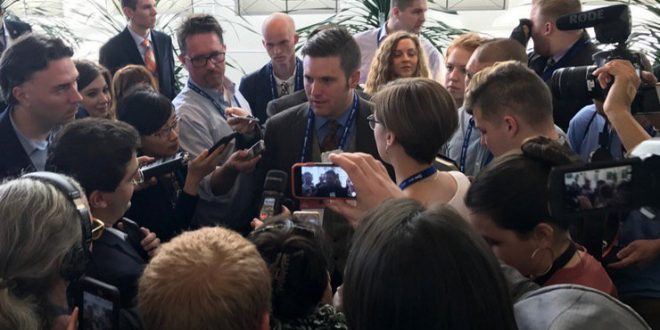 Nazi leader Richard Spencer was ejected from CPAC minutes ago after holding an impromptu press conference to denounce convention organizers for refusing to give stage time to the very people, namely Richard Spencer and his fellow literal Nazis, that put Trump into the White House. Spencer’s presence drew dozens of reporters away from the main hall where his ideological godfather, Steve Bannon, is scheduled to speak shortly. And no, Spencer did not get cold-cocked. This time.

Richard Spencer being escorted out by security at CPAC pic.twitter.com/nShgyWLUUc

Richard Spencer said he was stripped of his CPAC credential and thrown out. So now there have been two lines drawn pic.twitter.com/MGlYiTGD5d

ACU president @mschlapp says Richard Spencer was not invited and he does not represent conservatism pic.twitter.com/KLSMAG2xUz