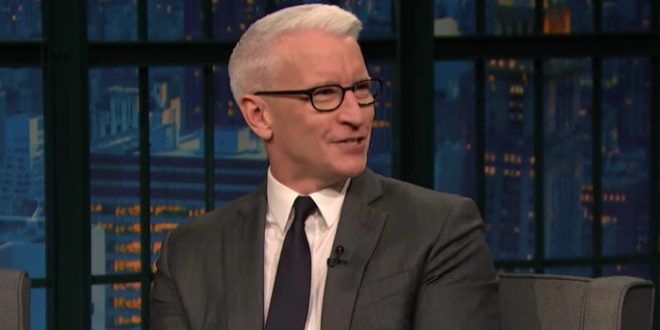 Cooper: Trump Watches Me More Than My Mom

Donald Trump may dismiss CNN as “fake news,” but Anderson Cooper says the new president can’t get enough of the network. “He watches CNN all the time, this is not in dispute at all,” the journalist said on Tuesday’s broadcast of “Late Night with Seth Meyers.”