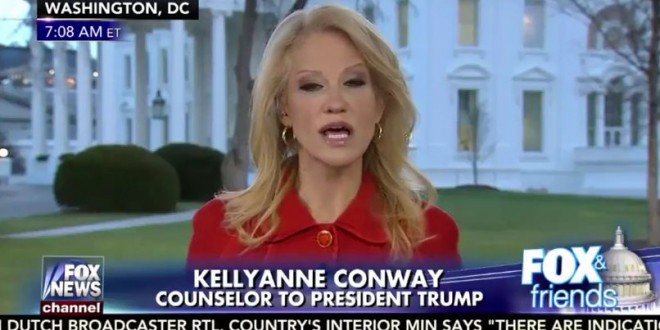 Conway: Those Protesting Homocon Extremist Milo Don’t Even Know What They’re Protesting About

Kellyanne Conway said early Thursday that violent protests at the University of California, Berkeley are the latest example of unrest partially fueled by the media. UC Berkeley initiated a campus-wide lockdown late Wednesday after demonstrations broke out against a scheduled speech there by Breitbart editor Milo Yiannopoulos.

“What’s going on out there is what’s going on all across the country,” Conway, a key aide to President Trump, said on Fox News’s “Fox & Friends” Thursday. “You have protesters who feel very emboldened,” added Conway, who served as Trump’s 2016 presidential campaign manager. “They’ve got media cameras following them, they give interviews.”

“I don’t even know if they know what they’re protesting. Really, what is it, the free speech? Having someone on your campus who has a dissenting point of view or wants to present an alternative point of view?”

.@KellyannePolls: What has these protesters at Berkeley so upset? Is it the free speech? pic.twitter.com/MgTAWNmIff