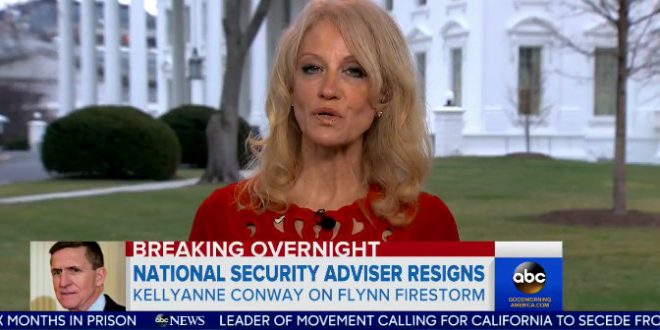 Conway Defends White House: I’m Not Here To Say Who Knew What And When They Knew It [VIDEO]

Kellyanne Conway, counselor to President Trump, said today that she “did not know” whether the president and vice president were made aware three weeks ago that former national security adviser Michael Flynn, who resigned Monday night, had misled the public and was possibly susceptible to blackmail because of his pre-inauguration conversations with Russia’s U.S. ambassador. Flynn resigned because his job had become “increasingly unsustainable,” Conway said on “Good Morning America” today, attributing the incidents that led to his resignation to forgetfulness or misleading information.