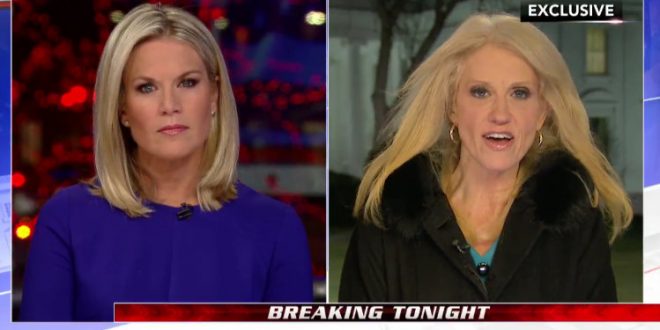 Conway On Ban: We’ll Prevail On Its Merits [VIDEO]

A top adviser to President Trump said Thursday in an exclusive interview on “The First 100 Days” that the White House is “fully confident” it will get its day in court in the wake of the decision by a federal appeals court to uphold the suspension of the controversial executive order on immigration.

“This ruling does not affect the merits at all,” Conway said. “It is an interim ruling, and we are fully confident now that we will get our day in court, and have the opportunity to argue on the merits, that we will prevail.”

Conway told MacCallum she could not comment on whether Trump would take the case to the Supreme Court, but that there were “different options” the White House had to work with.

“That’s what this has always been about from the beginning…keeping the country safe.” – @KellyannePolls reacts to ruling on @POTUS order pic.twitter.com/PlbjzS18TI