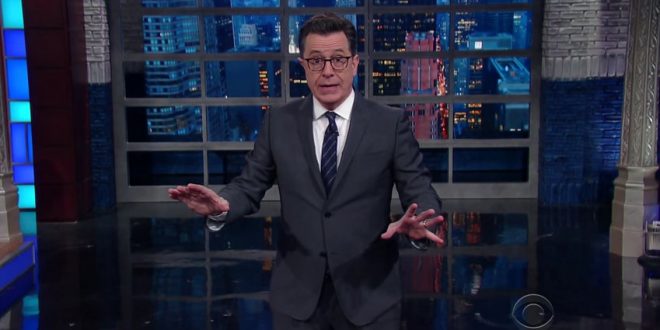 “It’s kind of hard to characterize the press conference,” the host admitted in a clip from Thursday’s episode. “Words fail me.” He wasn’t the only one; the show then jumped to a clip of a Fox News anchor saying, “Well, alrighty then,” when Trump finished speaking.

Colbert went on, “He started off by defending the rough start his administration has had by immediately attacking America’s true enemy — anybody but him.” During his press conference, Trump said that he “inherited a mess.” To which Colbert responded, “No, you inherited a fortune, we elected a mess.”