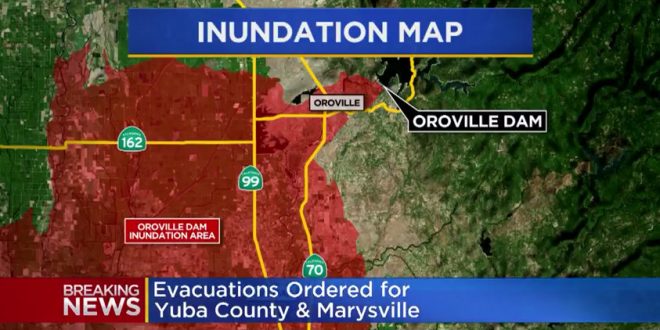 Nearly 200,000 people remained under evacuation orders Monday as authorities try to fix erosion of the emergency spillway at the 770-foot-tall Oroville Dam that could unleash uncontrolled flood waters if it fails.

About 150 miles northeast of San Francisco, Lake Oroville – one of California’s largest man-made lakes – had water levels so high that an emergency spillway was used Saturday for the first time in almost 50 years.

The evacuation was ordered Sunday afternoon after engineers spotted a hole on the concrete lip of the secondary spillway for the 770-foot-tall Oroville Dam and told authorities that it could fail within the hour.