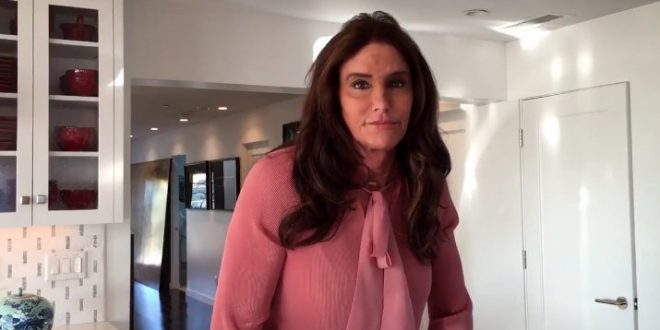 Caitlyn Jenner To Trump: This Is A Disaster [VIDEO]

As both a transgender person and a longtime Republican, Caitlyn Jenner felt compelled to speak out on the Trump administration’s decision Wednesday to revoke federal guidelines specifying that transgender students had the right to use public school restrooms that matched their gender identity.

In a video posted to social media Thursday, the former Olympic decathlon champion spoke directly to the president, reminding him that he “made a promise to protect the LGBTQ community” and telling him his policy “is a disaster.” She also referenced Trump’s attorney general, Jeff Sessions, while talking about “bullies,” who she described as “sick” and “weak.”

“I have a message for President Trump, from one Republican to another,” Jenner said. “This is a disaster. And you can still fix it. You made a promise to protect the LGBTQ community. Call me.”

Well @realDonaldTrump, from one Republican to another, this is a disaster. You made a promise to protect the LGBTQ community. Call me. pic.twitter.com/XwYe0LNUOq

Previous Law School Professors Seek To Have Kellyanne Conway Disbarred For “Dishonesty, Fraud, And Deceit”
Next At The Stonewall Transgender Rights Protest [VIDEO]