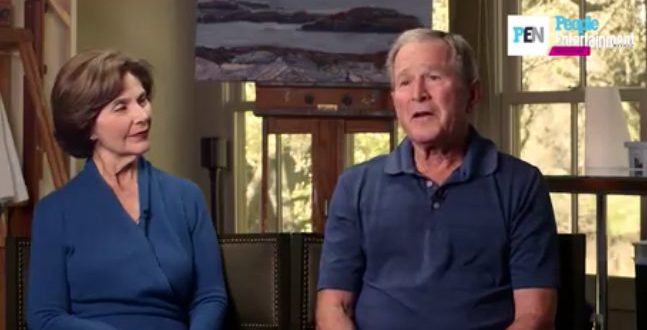 For eight years since leaving the White House, George W. Bush has refused to criticize publicly those who succeeded him, saying he didn’t want to make an already tough job any harder for President Obama and, now, President Trump.

A spokesman for Bush previously told PEOPLE that neither he nor the former first lady voted for Trump – or for Democratic nominee Hillary Clinton – in November. Both of the Bushes, who had campaigned for Bush’s younger brother Jeb in the 2016 Republican primaries, cast write-in votes on Election Day for a candidate they did not reveal.