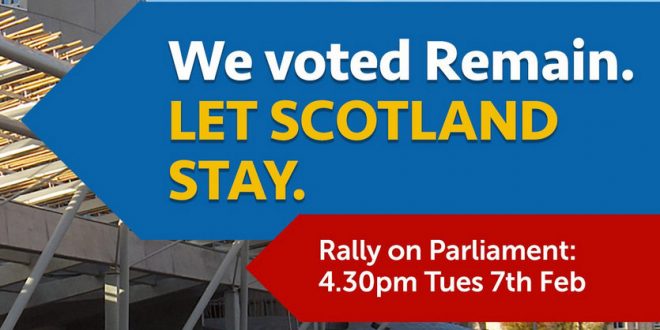 The Scottish Parliament has voted by 90 to 34 to oppose the UK government starting the Brexit process. The Supreme Court ruled last month that there was no legal need for Holyrood to give its consent to the triggering of Article 50.

But First Minister Nicola Sturgeon said she would let MSPs have a say, despite it being largely symbolic. Ms Sturgeon predicted the vote would be one of the most significant in the Scottish Parliament since devolution.

The SNP tried to block the UK government’s Brexit bill last week. Only one of Scotland’s 59 MPs – Scottish Secretary David Mundell – supported the bill, but it ultimately passed its first parliamentary hurdle by 498 votes to 114.