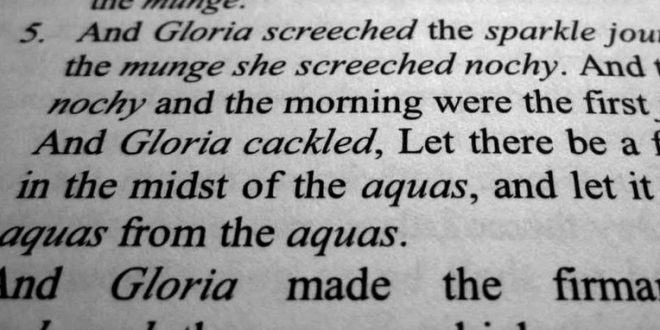 A Church of England theological college has expressed regret after trainee priests held a service in the antiquated gay slang language Polari. The service at the chapel of Westcott House in Cambridge was to commemorate LGBT history month.

The congregation was told the use of the lexicon was an attempt to “queer the liturgy of evening prayer”. But officials said it had not been authorised and was at variance with the doctrine and teaching of the church.

Polari is thought to have originated in Victorian London but fell out of use as homosexuality began to be decriminalised in England in the 1960s. One person present at the service told BBC News it was led by an ordinand – a trainee priest – rather than a licensed minister.

The congregation was also made up of trainees. While they had been given permission to hold a service to commemorate LGBT history month, a Church of England source said the college chaplain had not seen the wording of the service. The translation was based on the Polari bible, a work compiled as a project in 2003 by the self-styled Sisters of Perpetual Indulgence.

Genesis 1:3 from the #Polari bible: "And Gloria cackled, Let there be sparkle: and there was sparkle."

So God zhooshed up the omis in his own image, in the eek and lucoddy of God he zhooshed them; omis and palones he created them. #polari

“Let us put our best lallie forward and with our eeks shining with hope, troll together towards the fantabulosa futurette!” #Polari

A couple of years ago I posted the below clip in which gay men speak in Polari. You might want to turn on the subtitles.

Previous Trump Tells Bill O’Reilly: Yes, Vladimir Putin Is A Killer, But Do You Think Our Country Is So Innocent? [VIDEO]
Next Senate Majority Leader Mitch McConnell: No Federal Money For Voter Fraud Investigation, Leave It To States