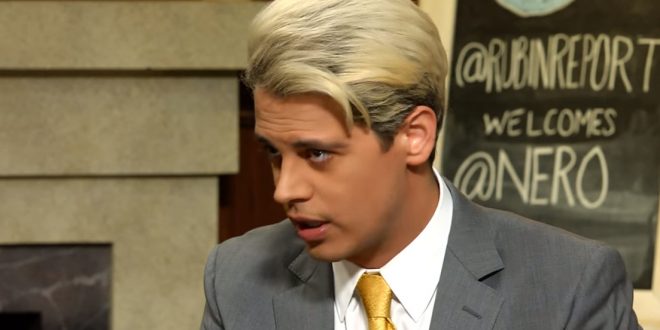 Minutes ago CPAC chairman Matt Schlapp tweeted a statement announcing that homocon flamethrower Milo Yiannopoulos has been disinvited as the keynote speaker at this year’s convention. Schlapp writes:

We realize that Mr. Yiannopoulos has responded on Facebook, but it is insufficient. It is up to him to answer the tough questions and we urge him to immediately further address these troubling comments. We continue to believe that CPAC in a constructive forum for controversies and disagreements among conservatives, however there is no disagreement among our attendees on the evils of sexual abuse of children.

And now we get to watch the free speech absolutists at Breitbart have a screaming meltdown. See my original post with the videos here.

“@ACUConservative has decided to rescind the invitation of Milo Yiannopoulos to speak at #CPAC2017.” pic.twitter.com/sVWGnPCW7C