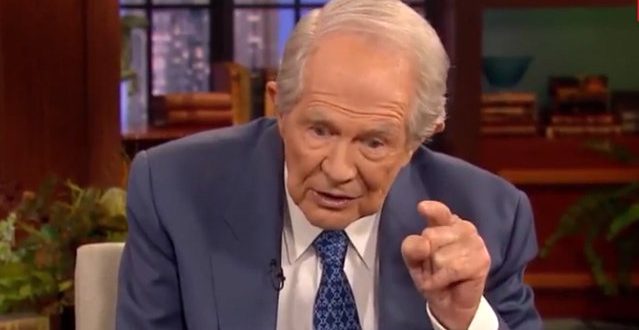 I BIND YOU, NANCY: Pat Robertson Explains How To Stop Witches From Casting Spells On Trump [VIDEO]

Today on “The 700 Club,” a viewer told Pat Robertson about a “satanic cult” to which the viewer’s father allegedly belongs that supposedly “has put curses on my son and I,” and asked if the curses can “hurt us if we are both Christians.”

Robertson said the viewer must pray away the curses and “send those curses back where they came from.” He also warned that witches are trying to put a curse on President Trump: “I read that a bunch of witches have gotten together to put a curse on Trump, and I think the Christians need to be praying for him to defend him,” he said.