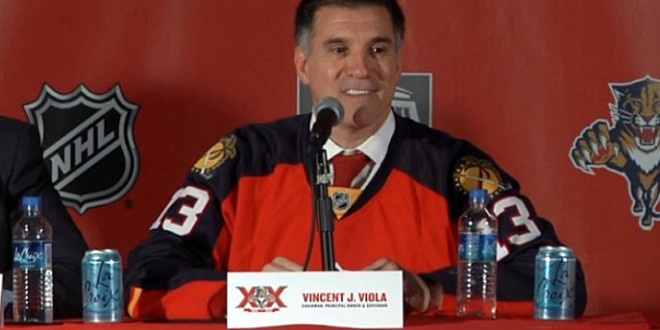 President Trump’s nominee to lead the Army abruptly withdrew his name from consideration late Friday night, citing his inability to get around strict Defense Department rules concerning his family businesses.

Vincent Viola, founder of digital stock trading firm Virtu Financial and owner of the National Hockey League’s Florida Panthers, had been working through the confirmation process to become Army secretary since mid-December. In a statement, Viola said he was “deeply honored” to be nominated for the post, but concluded that he would not be able to successfully navigate the confirmation process.

“I appreciate the confidence President Trump showed in me,” he said. “I offer my continued support for President Trump and his administration, and look forward to redoubling my efforts to support the Army and its veterans as private citizens.”

The surprise announcement leaves another hole in Trump’s Pentagon leadership team. While Defense Secretary James Mattis was confirmed by the Senate just hours after Trump was inaugurated, dozens of other key civilian military posts remain vacant or manned by temporary appointees.