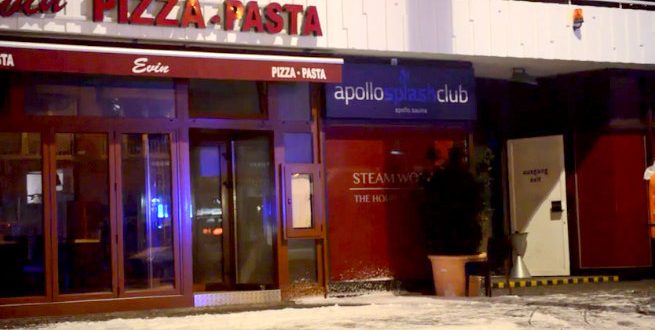 A fire broke out at a sauna club in west Berlin on Sunday evening, tragically costing the lives of three men who were inside at the time. A fourth man was brought to hospital with suspected smoke intoxication, a spokesperson for the fire service said. But the spokesperson ruled out the possibility of further victims.

The exact cause of death of the three victims initially remained unclear. A further 15 men were examined at the site of the fire, but were not found to have suffered any injuries. Fire services were alerted at around 10.30pm and arrived in large numbers. A total of 80 fire crew rushed to the scene in 30 vehicles.

The fire was extinguished relatively quickly, with crews preventing the flames from spreading to an elderly care home on the floor above. Customers of the establishment, many dressed in nothing but towels in the cold winter night, were provided shelter in a fire services van.

The sauna recently changed its name from Apollo Splash Club to Steam Works, but it doesn’t appear to be affiliated with the Steam Works chain that operates in Chicago, Toronto, Vancouver, Seattle, and Berkeley.

Previous REPORT: Trump Spends Evenings Alone In His Bathrobe, Ranting At Negative Coverage By Cable News Outlets
Next Spicer: SNL Has Crossed Over From Funny To Mean