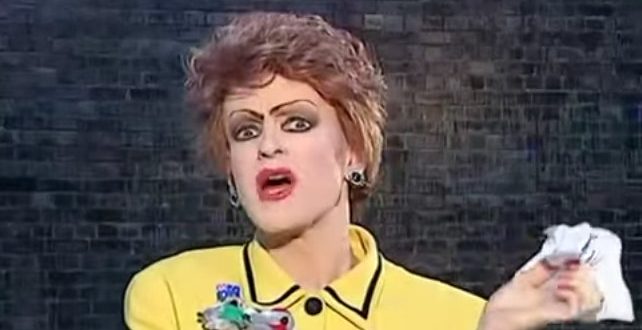 From the virulently anti-LGBT LifeSiteNews:

The Australian Christian Lobby (ACL) was forced to hire three security officers to stand guard at a Baptist church in East Melbourne on Saturday after a vile online campaign to sabotage an ACL event there by registering 54,000 fake attendees using extremely obscene and insulting language.

ACL managing director Lyle Shelton was invited by a group of Seventh Day Adventists, who use the church’s facilities on Saturdays, to address the small group about key current issues, including euthanasia, same-sex “marriage” and the highly-controversial “Safe Schools” sex-ed program.

The fake RSVPs contained “the foulest, most degrading, most obscene written forms of communication I have seen in my life,” Shelton said. The submissions reportedly included sexual acts, bestiality, pedophilia accusations against Shelton, and Jesus Christ being insulted and mocked. “I’m sorry that my staff had to wade through it,” Shelton said in a Facebook post after the incident.

The hate campaign was organized by well-known vocal Australian LGBTI activist/provocateur Simon Hunt, a lecturer in art and design at the University of New South Wales. On the Facebook page of his alter-ego ‘Pauline Pantsdown,’ he encouraged his nearly 23,000 fans to spam ACL’s RSVP page with fake registrations and “be creative with your name,” saying his motivation was “to encourage my (predomin­antly LGBTI) Facebook followers to let off steam.”

RELATED: Pauline Pantsdown had an Australian chart hit in 1998 with her parody of extremist politician Pauline Hanson, from whom she took her name. The second clip below is from a documentary about Hanson.

Previous Alex Jones Apologizes To Trump For Missing His Calls, Thanks Him For Watching Every Night [VIDEO]
Next Tony Perkins: George Soros Is Totally “Shipping Paid Protesters” To GOP Townhalls All Over The Country