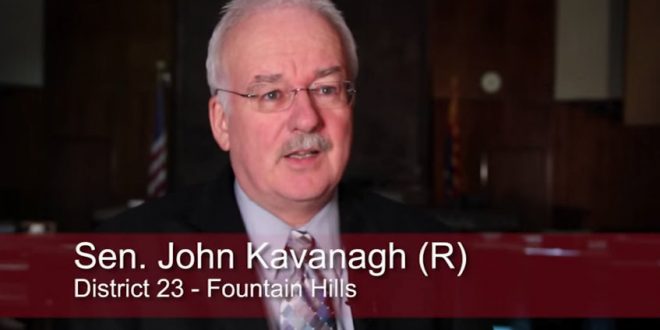 Claiming people are being paid to riot, Republican state senators voted Wednesday to give police new power to arrest anyone who is involved in a peaceful demonstration that may turn bad — even before anything actually happened. SB1142 expands the state’s racketeering laws, now aimed at organized crime, to also include rioting. And it redefines what constitutes rioting to include actions that result in damage to the property of others.

But the real heart of the legislation is what Democrats say is the guilt by association — and giving the government the right to criminally prosecute and seize the assets of everyone who planned a protest and everyone who participated. And what’s worse, said Sen. Steve Farley, D-Tucson, is that the person who may have broken a window, triggering the claim there was a riot, might actually not be a member of the group but someone from the other side.

But Sen. John Kavanagh, R-Fountain Hills, said that chilling effect is aimed at a very specific group of protesters. “You now have a situation where you have full-time, almost professional agent-provocateurs that attempt to create public disorder,’’ he said. “A lot of them are ideologues, some of them are anarchists,” Kavanagh continued. “But this stuff is all planned.”

There’s something else: By including rioting in racketeering laws, it actually permits police to arrest those who are planning events. And Kavanagh, a former police officer, said if there are organized groups, “I should certainly hope that our law enforcement people have some undercover people there.”

RELATED: Last year Kavanagh failed with a bill that would make it a crime to videotape police from a distance of closer than 20 feet. In other words, close enough to hear what they are saying.