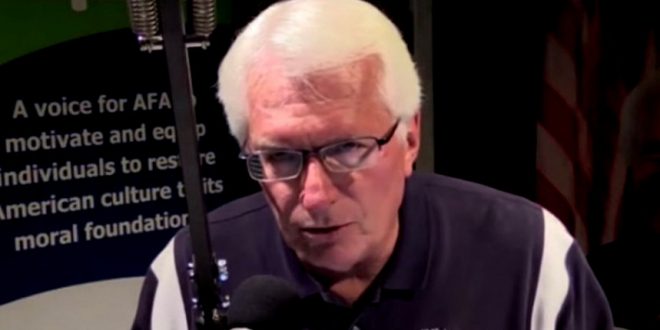 American Family Association: The “Insidious Trend” Of Homocons Is A Rotting Cancer On Conservatism

He, for instance, might be able to articulate a conservative view on national defense, or Second Amendment rights, or school choice, or repealing and replacing ObamaCare. But he cannot be a conservative. Why? Because at the center of conservatism is a non-negotiable view of human sexuality and the family. At the heart of a conservative view of the world lies the family. Not the individual, mind you, but the family. At the heart and soul of conservatism is the notion that marriage consists of one man and one woman and a family consists of a married father and mother and the children they conceive together through their love for each other.