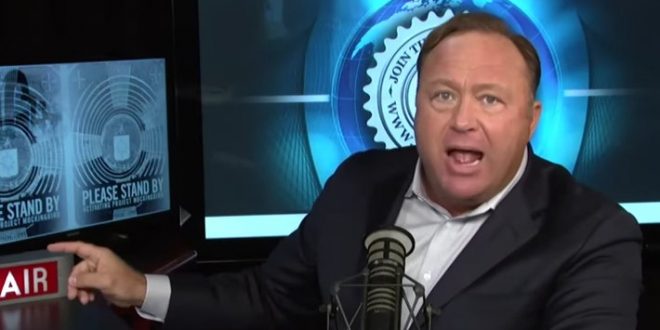 Alex Jones: If You Want To Get Closer To God, Be More Like Homocon Blogger Matt Drudge [VIDEO]

“God hates cowards and people that hurt innocents and that abuse those that are weaker than them, more than anybody if you read scripture. So all you fakes that want to get closer to God, stop being cowards. Be like Donald Trump. Be like Matt Drudge. Be like people that get attacked and demonized and make it through it and get stronger on the other side.

“Don’t be like all these little commentators and scumbags that hedge their bets when we are literally approaching the Götterdämmerung if things go south. That’s the battle of the gods. That’s the twilight of the age.” – Alex Jones, denouncing the “very real” witches and demons that are attacking Trump and declaring Hillary Clinton to be the “counterfeit Christ.”