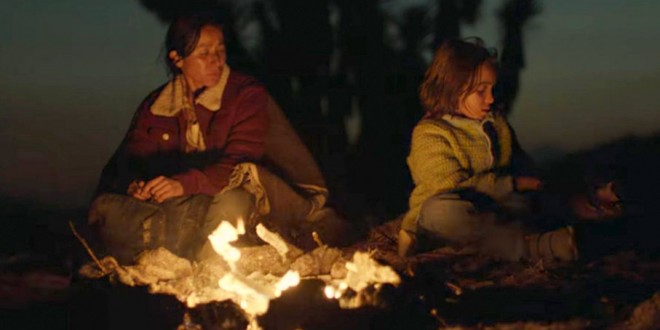 Construction company 84 Lumber seems to be deliberately looking to provoke controversy with its Super Bowl ad, which depicts a Mexican mother and daughter embarking on an arduous journey, apparently to leave their country of origin.

As the two cross the country by foot, truck, and train in the 90-second long “The Journey Begins” spot, the girl picks up scraps of material on her way, in the color of the Mexican flag, which she stitches together by firelight.

The ad ends with viewers being invited to see the conclusion of their story at a dedicated website, which promises “content deemed too controversial for TV,” which will be unveiled at half-time during the big game this Sunday.

A spokesperson for Brunner, the creative agency behind the ad, confirmed to Adweek “the conclusion is about immigration.” It is well-known that President Donald Trump has taken a hard line on immigration and has promised to build a border wall that Mexico will pay for — so there’s little doubt this ad will stoke some fires on game day.

When announcing its Big Game buy in January, 84 Lumber stated that the campaign would be targeted toward 20- to 29-year-old men looking for work. In mid-January, Brunner CEO Michael Brunner released a statement claiming Fox had rejected a version of the ad after concluding that imagery involving a wall would be “too controversial,” thereby requiring the agency to “[revise] the spot to make it acceptable to them.”

Several industry veterans who spoke to Adweek on condition of anonymity believe the company and the agency intentionally created an ad that would be rejected by Fox in order to maximize press coverage and viewer attention, especially given the fact that the video released today is one of two parts and that production almost certainly started before January’s announcement. The press pitch for the ad simply reads, “Mexican journey starts on the Super Bowl; ends online.”