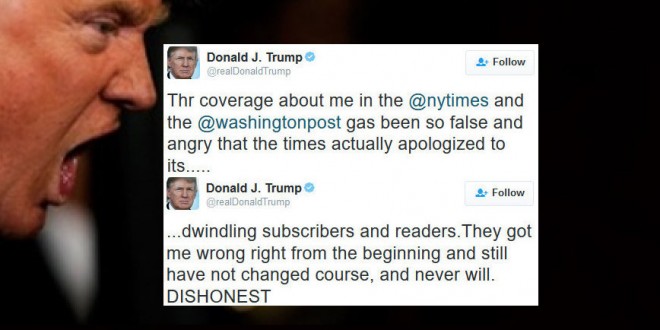 Your Daily Presidential Attack On The Media

It is unclear as to what prompted Trump’s criticism, though the Times published an article on Trump’s first week in office Friday evening and both the Times and Post had extensive coverage on his executive orders to suspend Syrian refugees’ entry to the U.S. and his visa ban on seven Muslim countries.

Despite Trump’s statements that the Times apologized about their coverage, the organization has not. In November, a letter was sent out to subscribers thanking them for their loyalty and promising continued strong coverage of Trump. The letter, however, also stated they underestimated Trump during the election.