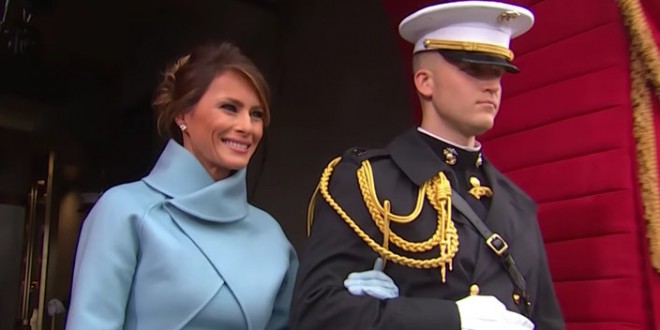 Visitors to the newly revamped White House website get more than a simple rundown of first lady Melania Trump’s charitable works and interests — they also get a list of her magazine cover appearances and details on her jewelry line at QVC.

Trump’s biography starts with traditional details such as her date of birth in her native country of Slovenia and information about her background as a model. That’s when the brief backgrounder takes a promotional turn. The website includes a lengthy list of brands that hired her as a model and several of the magazines in which she appeared, including the Sports Illustrated Swimsuit Issue.

It is not uncommon for the White House to note the accomplishments of the first lady in her official biography, but Trump’s decision to include a detailed list of her media appearances is unusual. The site also lists the brand names of Trump’s jewelry lines sold on QVC, at a time when questions have been raised by critics about the ethical implications of the family’s business entanglements.