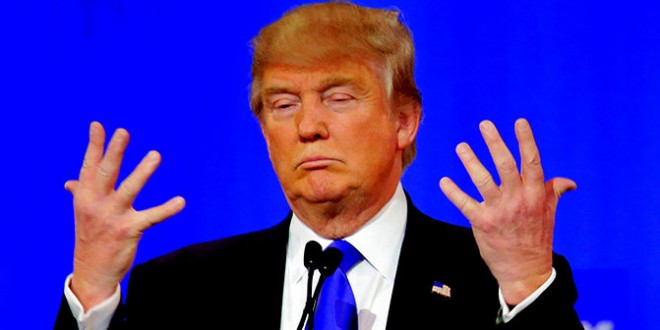 Trump Claims To Have Resigned From All Of His 400+ Companies, State Officials Yet To Receive Paperwork

President Donald Trump says he has resigned from positions in hundreds of business entities, according to a document provided to CNN by the Trump Organization. The text of the 19-page letter reads: “I, Donald J. Trump, hereby resign from each and every office and position I hold” in more than 400 entities listed on the following pages.

The letter is signed by Trump and dated January 19, the day before he was sworn into office. At a press conference January 11, Trump pledged to transfer his business holdings to a trust run by his sons, though not sell his ownership stake.

Sheri Dillon, a lawyer for Trump, said at the time that Trump would still receive reports on the overall profit of the Trump Organization. She also said Trump’s two adult sons, Don Jr. and Eric, would lead the company after he resigned, and Trump would not discuss the business with them.

And yet this, from Pro Publica:

To transfer ownership of his biggest companies, Trump has to file a long list of documents in Florida, Delaware and New York. We asked officials in each of those states whether they have received the paperwork. As of 3:15 p.m. today, the officials said they have not. Trump and his associates “are not doing what they said they would do,” said Richard Painter, the chief ethics lawyer for President George W. Bush. “And even that was completely inadequate.”

ProPublica’s questions to the transition team were referred to an outside public relations firm, Hiltzik Strategies, which declined to comment. The president’s team did not allow reporters to view documents, which they said were legal records separating Trump from his eponymous business empire. Dillon’s law firm, Morgan Lewis, has not released the records and they declined further comment, saying it doesn’t comment on client issues.

Previous SAD: Trump’s DC Hotel Has Already Lost $1.1 Million
Next Gingrich: Kick Those Left-Wing Propagandists Out Of The Briefing Room And Replace Them With Citizens