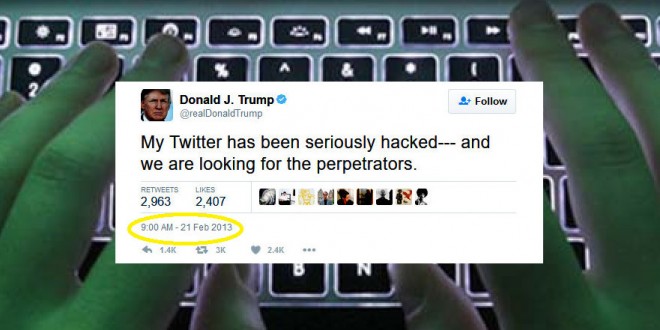 What If Trump’s Gets Hacked Again?

Donald Trump’s Twitter account is a “security disaster waiting to happen,” according to security experts, who say it should be protected with the same technology used by the military to shield nuclear launch codes.

“When Donald Trump tweets it can impact the world,” Rafaeli tells Newsweek. “Twitter’s current security setup means it is probably only a matter of time before there is another attack on his account.”

Earlier this month, a tweet from Trump about Toyota resulted in the Japanese car manufacturer losing $1.2 billion in value within the space of five minutes, while a tweet about Boeing’s “out of control” government contract costs caused the airplane manufacturer’s share price to drop by around $1 billion.