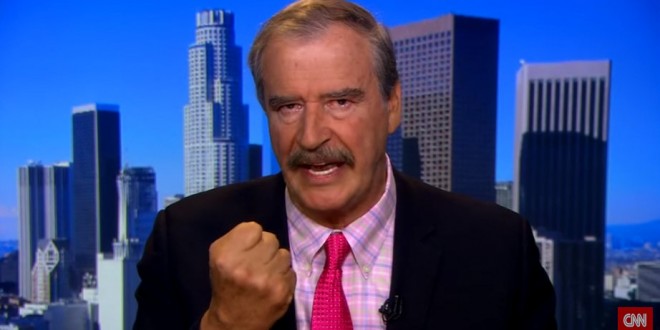 Former Mexican President Vicente Fox on Friday knocked President-elect Donald Trump’s promise to build a wall on the U.S.-Mexico border, reiterating that Mexico will not pay “for that f—– wall.” “Be clear with US tax payers. They will pay for it,” Fox told Trump in a tweet.

Reports emerged Thursday evening that Trump was coordinating with House Republican lawmakers to build the proposed wall using U.S. taxpayer dollars, despite his campaign pledge that Mexico would pay for the project.

Trump on Friday appeared to concede that American taxpayers would foot the initial bill for the wall. In a tweet blasting the “dishonest media,” Trump wrote that “any money spent on building the Great Wall (for sake of speed), will be paid back by Mexico later.”

TRUMP, when will you understand that I am not paying for that fucken wall. Be clear with US tax payers. They will pay for it.

Sr Trump,the intelligence report is devastating.Losing election by more than 3M votes and in addition this.Are you a legitimate president?

Trump may ask whoever he wants, but still neither myself nor Mexico are going to pay for his racist monument.
Another promise he can't keep.