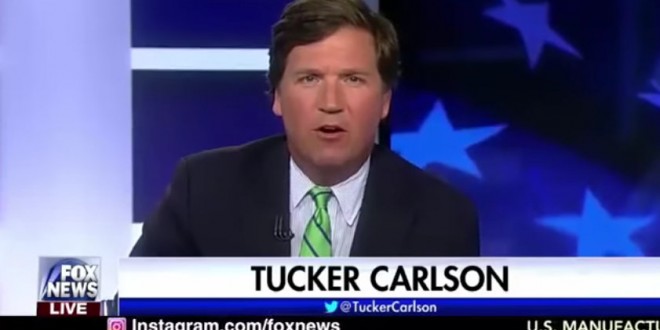 Tucker Carlson, the veteran cable television host and conservative writer, will succeed Megyn Kelly in the coveted 9 p.m. slot on Fox News, solidifying the network’s right-wing identity in prime time as it prepares to cover the administration of President-elect Donald J. Trump.

The move, announced on Thursday, comes just weeks after Mr. Carlson, a former co-host of CNN’s “Crossfire” and founder of the Daily Caller, the right-leaning news and opinion site, took over Fox News’s 7 p.m. hour, replacing Greta Van Susteren. Since assuming that role, he has scored high ratings while generating many provocative exchanges with guests that earned traction — and some criticism — online.

Mr. Carlson’s elevation means that Fox News, for the first time in its two-decade history, will have an all-male anchor lineup from 8 to 11 on weeknights, after a year where the network faced serious questions about its treatment of female employees and its chairman, Roger Ailes, was ousted in a sexual harassment scandal.

It also marks a swift conclusion to an anchor sweepstakes that only emerged on Tuesday, when Ms. Kelly, the network’s No. 2 anchor behind Bill O’Reilly, announced that she would be leaving Fox for NBC News, where she planned to host a daytime news show and Sunday newsmagazine. Even senior officials in Fox’s newsroom were startled on Thursday when news of Mr. Carlson’s appointment emerged on The Drudge Report.