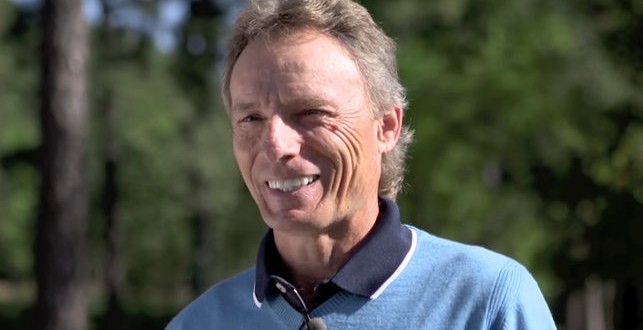 On Monday, President Trump gathered House and Senate leaders in the State Dining Room for a get-to-know-you reception, served them tiny meatballs and pigs-in-a-blanket, and quickly launched into a story meant to illustrate what he believes to be rampant, unchecked voter fraud.

Mr. Trump kicked off the meeting, participants said, by retelling his debunked claim that he would have won the popular vote if not for the three million to five million ballots cast by “illegals.” He followed it up with a Twitter post early Wednesday calling for a major investigation into voter fraud.

When one of the Democrats protested, Mr. Trump said he was told a story by “the very famous golfer, Bernhard Langer,” whom he described as a friend, according to three staff members who were in the room for the meeting. In the emerging Trump era, the story was a memorable example, for the legislators and the country, of how an off-the-cuff yarn — unverifiable and of confusing origin — became a prime policy mover for a president whose fact-gathering owes more to the oral tradition than the written word.

The witnesses described the story this way: Mr. Langer, a 59-year-old native of Bavaria, Germany — a winner of the Masters twice and of more than 100 events on major professional golf tours around the world — was standing in line at a polling place near his home in Florida on Election Day, the president explained, when an official informed Mr. Langer he would not be able to vote.

Ahead of and behind Mr. Langer were voters who did not look as if they should be allowed to vote, Mr. Trump said, according to the staff members — but they were nonetheless permitted to cast provisional ballots. The president threw out the names of Latin American countries that the voters might have come from. Mr. Langer, whom he described as a supporter, left feeling frustrated, according to a version of events later contradicted by a White House official.

Langer has denied telling the story to Trump. In fact, he can’t even vote.

“Unfortunately, the report in the New York Times and other news outlets was a mischarachterization by the media. The voting situation reported was not conveyed from me to President Trump but rather was told to me by a friend. I then relayed the story in conversation with another friend, who shared it with a person with ties to the White House. From there, this was misconstrued. I am not a citizen of the United States and cannot vote. It’s a privilege to live in the United States and I am blessed to call America my home. I will have no further comment at this time.”

Previous Pastor Rick Wiles: Thanks To Trump, God’s Grace Is “Oozing Out Of Heaven” And I’m Rolling In It [AUDIO]
Next Washington Post: Trump Pressured Park Service Director To Back Up His Inauguration Attendance Claims