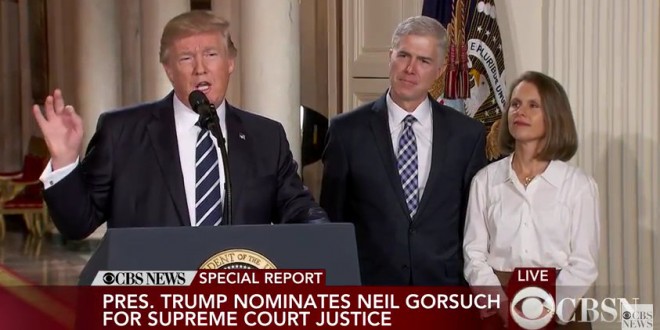 President Trump campaigned as a Washington outsider. But his first Supreme Court nominee, Judge Neil M. Gorsuch, has deep roots in the city and the establishment Mr. Trump often criticized. Judge Gorsuch’s mother was a high-level official in the Reagan administration. He spent part of his childhood in Washington and practiced law here for a decade, at a prominent law firm and in the Justice Department.

And, like all of the current justices, Judge Gorsuch is a product of the Ivy League, having attended college at Columbia and law school at Harvard. But there is no doubt about his conservative credentials. And if there is a justice whom he most resembles, it is the one whose seat he has been nominated to fill, Justice Antonin Scalia.

Judge Gorsuch, 49 — who was appointed to the United States Court of Appeals for the Tenth Circuit, in Denver, by President George W. Bush — is an originalist, meaning he tries to interpret the Constitution consistently with the understanding of those who drafted and adopted it. This approach leads him to generally but not uniformly conservative results. “Ours is the job of interpreting the Constitution,” he wrote in a concurrence last year. “And that document isn’t some inkblot on which litigants may project their hopes and dreams.”