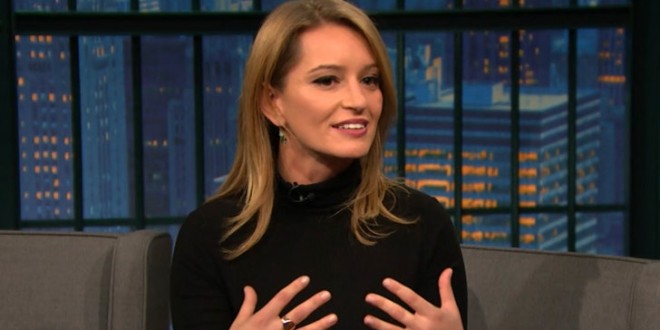 NBC News reporters Katy Tur and Hallie Jackson, who gained recognition on the 2016 campaign trail covering the campaign of President-elect Donald Trump, will get some new duties, according to a memo from NBC News Washington Bureau Chief Ken Strickland.

Tur, who has been at NBC News for some time after working at WNBC and some regional TV outlets, will “anchor MSNBC’s 2pm hour through the first 100 days of the Trump administration. More to come soon,” Strickland said.

President-elect Trump made a practice of pointing Tur out to attendees of his rallies. Being insulted by Trump, she wrote in a piece for Marie Claire, “puts me in the strange company of Saudi Arabian Prince Alwaleed bin Talal (Trump called him “dopey”), the state of New Jersey (“deeply troubled”), and a podium in the Oval Office (“not good”).

The 2PM time slot was previously anchored by out journalist Thomas Roberts, who lost his show last month.