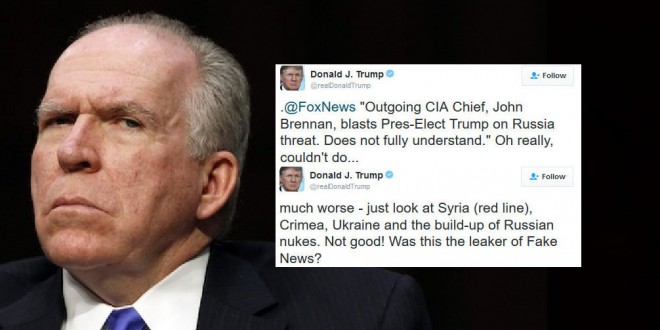 CIA Director John Brennan on Sunday offered a stern parting message for Donald Trump days before the Republican U.S. president-elect takes office, cautioning him against loosening sanctions on Russia and warning him to watch what he says.

In an interview with “Fox News Sunday,” Brennan questioned the message sent to the world if the president-elect broadcasts that he does not have confidence in the United States’ own intelligence agencies.