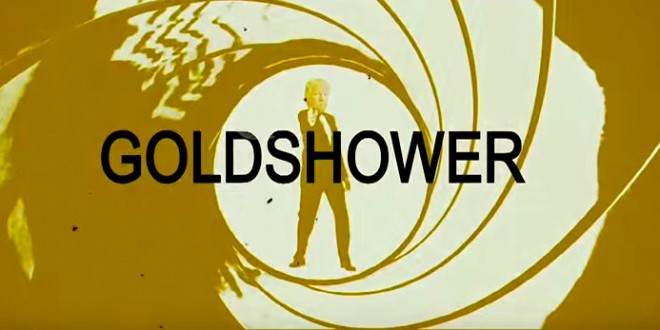 Complete with a Shirley Bassey soundalike. Via the Huffington Post:

Unverified claims that Donald Trump watched prostitutes urinate on one another in a “golden shower” routine in Moscow have inspired a stream of jokes. Now, James Bond is on the fun. In a clever intro Wednesday, “The Daily Show with Trevor Noah” spoofed the opening of the 1964 007 movie “Goldfinger.” Only now the title is “Goldshower” and the words that Shirley Bassey sang in the original film have changed, as has the cast. Vladimir Putin as “Nipples”? That’s worth the price of admission.