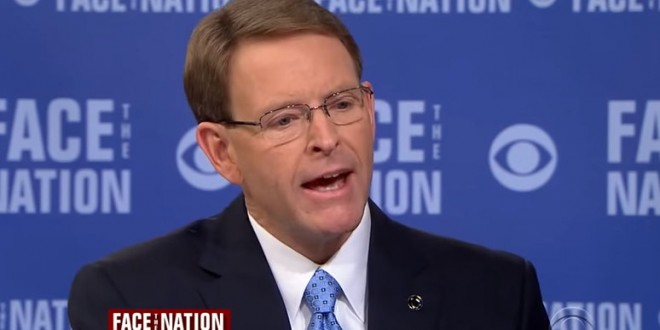 A prominent conservative Christian leader on Tuesday expressed confidence that President Donald Trump will still take executive action to uphold “religious liberty” despite a White House statement that the president will uphold existing protections against “anti-LGBTQ workplace discrimination” by federal contractors. “I think this is going to be addressed,” said Tony Perkins, president of the Family Research Council. Proponents of “religious liberty” argue that religiously oriented workplaces should be allowed to consider a person’s sexual orientation in doing business.

Perkins said the statement does not preclude a new executive order protecting religious organizations from “having to change their views on human sexuality and marriage” while holding contracts with the federal government. Though he notes that he hasn’t “gotten complete clarity,” he said, “I have every confidence” that President Trump will act along the lines of a proposal offered previously by Republican Rep. Steve Russell of Oklahoma to exempt “any religious corporation, religious association, religious education institution or religious society” with a federal contract from Obama’s directive.