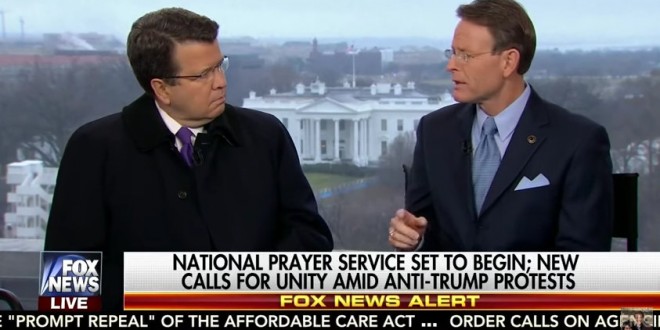 Tony Perkins: Leftists Are Protesting Because Their “Reign Of Cultural Lawlessness” Is Now Over [VIDEO]

Hate group leader Tony Perkins appeared on Fox News this afternoon to exult in Trump’s inauguration and mock today’s Women’s March, which has drawn millions of participants worldwide. Perkins: “I can understand why some on the left are upset. Their reign of cultural lawlessness is coming to an end.” Last night the Family Research Council held its Faith & Freedom Ball in the same hotel ballroom which last weekend hosted Mid-Atlantic Leather. Watch below.

Previous LIVE VIDEO: Women’s March On Washington DC
Next President Crybaby: The Media Will Pay A “Big Price” For Lying About Attendance At My Inauguration [VIDEO]