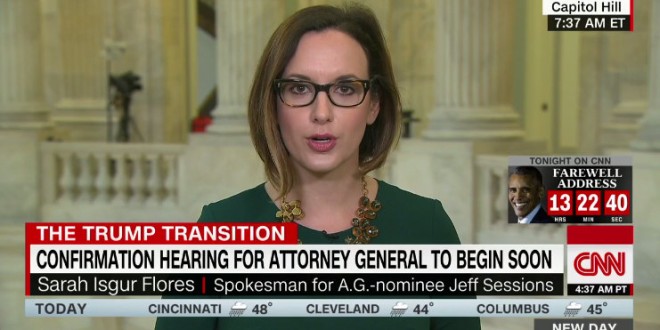 This morning Sarah Flores, the spokesperson for Jeff Sessions, appeared on CNN to declare that despite his history of loudly opposing same-sex marriage, Obergefell is “settled law at this point” and unlike his predecessor, Sessions will “enforce the laws as they’re written, not as the Justice Department wishes they were.” Flores added that Sessions will make the DOJ “an enforcement mechanism for the law, whether you agree with those laws or not.” Watch below.

As AG, would Jeff Sessions challenge laws that he doesn’t support, like same sex marriage? His spokesman weighs in: https://t.co/Ven4Edakwz