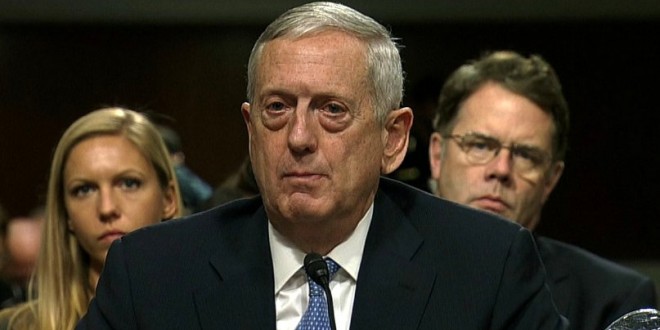 The Senate Armed Services Committee just voted 26-1 to approve retired USMC Gen. James Mattis as Defense Secretary. Mattis is the first Trump cabinet nominee to pass this initial hurdle and must now by confirmed by the full Senate, where he is expected to face little opposition. The lone committee vote against Mattis came from Sen. Kirsten Gillibrand (D-NY), whom you may recall having grilled Mattis about his stance on LGBT citizens serving openly in the military. Mattis evaded her questions repeatedly and refused to say whether the repeal of DADT had undermined the effectiveness of the military.