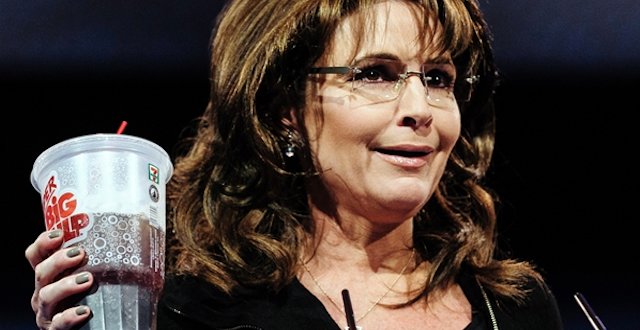 Sarah Palin: Friday is “The End Of An Error”

“Like everyone’s saying, it’s the end of an error. Obama is gone. Time to undo what the Community Organizer organized for America: astronomically increased debt, a disrespected law enforcement and military community, numerous ticked off allies, newly empowered enemies, erasure of borders, and demographic divisions aplenty. Obama is free now to stammer on about fulfilling his promises, like he’ll ‘negotiate healthcare reform in public sessions, televised on C-SPAN Everyone gets a seat at the table.’

“There’s a new sheriff in town. Here’s hoping he’s got a posse of deputies who understand why we elected Donald J. Trump and won’t undermine our movement. The mandate: drain the swamp — those hell-bent on obstruction included. It’s RINO season. We will recover from Obama. The question is, how soon can we recover from the people who voted for him. Twice.” – Sarah Palin, writing for Breitbart.

Previous Trump Offers Bizarre #PissGate Denial: “I Was Never Even In That Room For That Period Of Time” [VIDEO]
Next WASHINGTON: Man Hospitalized After Attempting To Set Himself On Fire To Protest Trump [VIDEO]