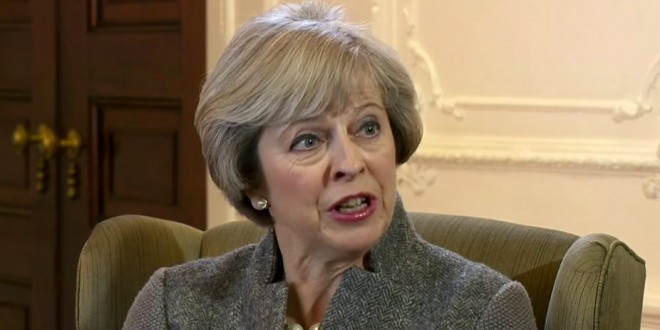 U.K. Prime Minister Theresa May sent her two most senior aides on a secret trip to the U.S. in an attempt to build bridges with President-elect Donald Trump after a frosty start to their relationship, and top aides to both leaders continue to meet.

May’s joint chiefs of staff, Nick Timothy and Fiona Hill, flew across the Atlantic to meet members of Trump’s team in mid-December, May’s office confirmed to Bloomberg in an e-mailed statement late Thursday, saying it was part of the buildup to the premier’s first trip to meet the new president.

“The prime minister suggested it would be a good idea for key staff from both teams to meet. President-elect Trump agreed this would be useful,” May’s office said. “We are pleased to have been able to make that happen and the prime minister looks forward to visiting the new president in the spring.”

May was publicly embarrassed shortly after the election when Brexit engineer Nigel Farage made a huge show out being Britain’s de facto envoy to Trump. She was later forced to reject Trump’s declaration that Farage should be made her US ambassador.

Previous IT BURNS: Bob Larson Exorcisms Supercut [VIDEO]
Next Rachel Maddow Jokes That Her First Question To Trump Would Be Whether He’ll Send Her “To A Camp” [VIDEO]