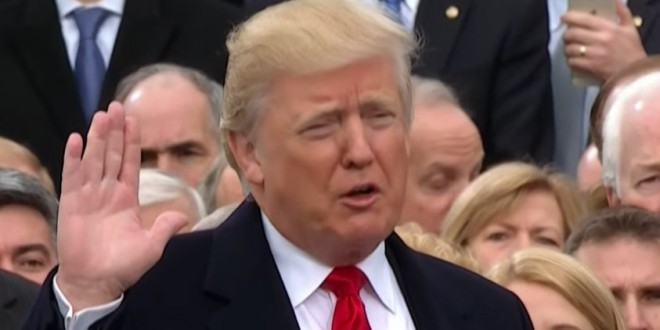 An executive order from President Donald Trump opening up discrimination against the LGBTQ community on the basis of religious belief is expected sometime this week, possibly as soon as today. Several sources spoke with LGBTQ Nation on the condition of anonymity who have told us that the order will allow for discrimination in a number of areas, including employment, social services, business, and adoption.

From what we’ve heard, the executive order could be far-reaching, and could include: making taxpayer funds available for discrimination against LGBTQ people in social services; allow federally funded adoption agencies to discriminate against LGBTQ parents; eliminate non-discrimination protections in order to make it possible to fire federal employers and contractors based on their sexual orientation or gender identity; and allow federal employees to refuse to serve people based on the belief that marriage should be between a man and a woman, and that gender is an immutable characteristic set at birth, which would impact a broad range of federal benefits.

RELATED: Trump has vowed to sign the so-called First Amendment Defense Act, which would legalize anti-LGBT business discrimination nationwide. GOP Rep. Raul Labrador is due to refile the bill in the US House this week. Sen. Ted Cruz was a co-sponsor of the Senate version last year.

Spicer: I’m not getting ahead of the president.”

UPDATE II: The Washington Post has confirmed that a draft version of the order exists.

UPDATE III: The Washington Post further reports that “details of the order remain in flux” and that it’s not yet certain that Trump will issue it.

UPDATE IV: Last last night the New York Times reported that Trump will at least keep Obama’s executive order protecting employees of federal contractors from anti-LGBT discrimination. It’s not yet known if the issues mentioned above (adoption rights and so-called religious liberty) will be addressed by Trump with his own executive order.