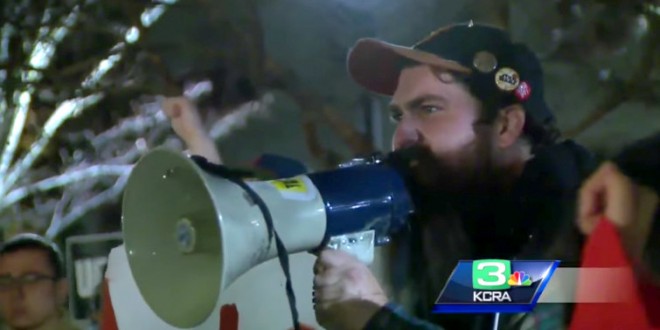 A speech by right-wing commentator Milo Yiannopoulos’ at UC Davis was over before it even started Friday after protests erupted, forcing sponsors to cancel the event. Thirty minutes before the Breitbart tech editor was scheduled to speak, the UC Davis College Republicans canceled the controversial talk after consulting with the university’s police department and student affairs officials. Former pharmaceutical executive, Martin Shkreli had also been scheduled to speak at the event.

“I am deeply disappointed with the events of this evening,” said Interim Chancellor Ralph J. Hexter. “Our community is founded on principles of respect for all views, even those that we personally find repellent. As I have stated repeatedly, a university is at its best when it listens to and critically engages opposing views, especially ones that many of us find upsetting or even offensive.”

Earlier in the evening, protesters blocked access to the venue. Surrounding the lecture hall with signs, they chanted, “Say it loud, say it clear, racists are not welcome here.” Yiannopoulos posted on Facebook that the event had been canceled “after violence from left-wing protestors.”